Bernadette Burke on her Latest Path to Homeownership: Savviness + Stability

There are so many steps on the path toward purchasing a home! Not to mention the fire hose of emotions and questions that come with. What are you looking for? What monthly payment feels right? How are credit reports pulled? Are you and your partner on the same page? How to lock in an interest rate? 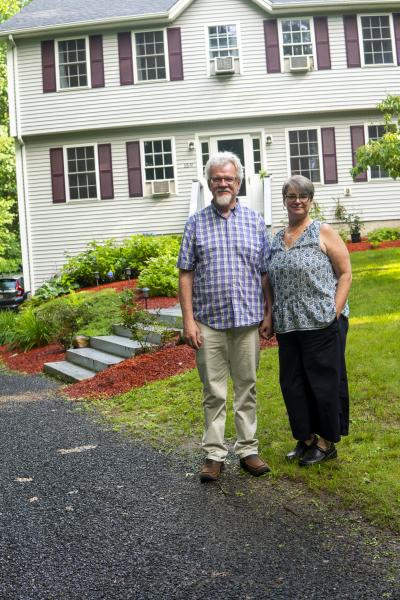 The key to avoiding any missteps, for Bernadette Burke and her husband, was connecting with the Way Finders First-time Homebuyer Program and Senior Homeownership Advisor Linda Morales. Bernadette deems this combination of resources and counseling to be potentially “life changing” for any home buyer.

Bernadette, who rented for nearly 15 years after she divorced and sold her home, had longed to reclaim her identity as that of a homeowner. She missed the feeling of actively participating in the economic culture as a property taxpayer.

“I think of that as being integral to our infrastructure!” Bernadette says.

As she and her husband pursued better job offers, they felt ready to prepare to buy.

“About two years ago, I saw an advertisement for this Way Finders program,” says Bernadette, who works in the field of higher education admissions. “I knew we were eligible since we had not owned in a long time. It seemed like a way to make sure that we were setting ourselves up for success.”

They chose to take the Framework online course, which is a self-paced set of modules on various topics.

“One very hot day, we just looked at each other and said, let’s go sit in the air conditioning and do a couple of modules,” Bernadette says, of diving into the course last summer. “The modules themselves were actually really helpful in the very nuts and bolts information about everything from how to prepare in advance to knowing what steps are coming next.”

As life bubbled up, it was easy to press pause on the modules, then resume. And having physical references from the course—a home inspection checklist, for example—was especially helpful when their offer on a home was accepted in May.

But hands down, the most valuable resource was a personal counseling session with Linda Morales.

“She was friendly, kind, aware, incredibly knowledgeable,” says Bernadette. “She really looked at us, not just as homebuyers, but as people who need financial stability in all areas.”

The counseling went far past the generic (keep your credit score up!). And straight to specifics: Pay this off. Keep using this card. Get your name onto this credit card. Apply for multiple mortgages at once, so all your credit reports are pulled within the same timeframe.

“Those specifics really were instrumental in feeling that I had the information, the confidence, and also that I was taking the right steps,” says Bernadette, of the impact of Linda’s guidance on their credit reports and scores. “We got a lower interest rate by as much as about two tenths of a percent, if not more. It doesn’t sound like a lot, but over 20 or 30 years, it definitely adds up.” 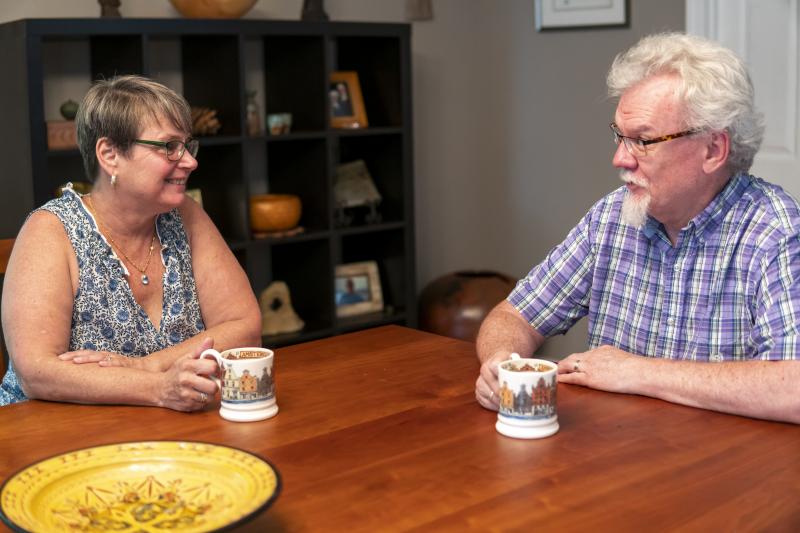 Bernadette and her husband, in tackling the question of how much cash to put down, benefited from having a professional in their corner. “I don’t want to say a mediator!” laughs Bernadette. “But someone to really bring us together in understanding the balance point between what his comfort level was and what my comfort level was in both our down payment and our monthly payment.”

Because, as Linda coached, it doesn’t matter what mortgage you qualify for—it’s what your comfort level is each month.

The couple, who closed on their new home this past June, remained in email contact with Linda during the home buying process.

As Bernadette’s children are on the cusp of pursuing homeownership, she is making sure they follow in her Way Finders’ footsteps.

“They already have the appointments!” says Bernadette. “Because if you’re looking to buy a house, being informed allows for good decision making and minimizes some of the problems that we saw with the housing bubble and how it popped in 2008. I feel like it is almost imperative for financial health.”

Congratulations on your new home, Bernadette!