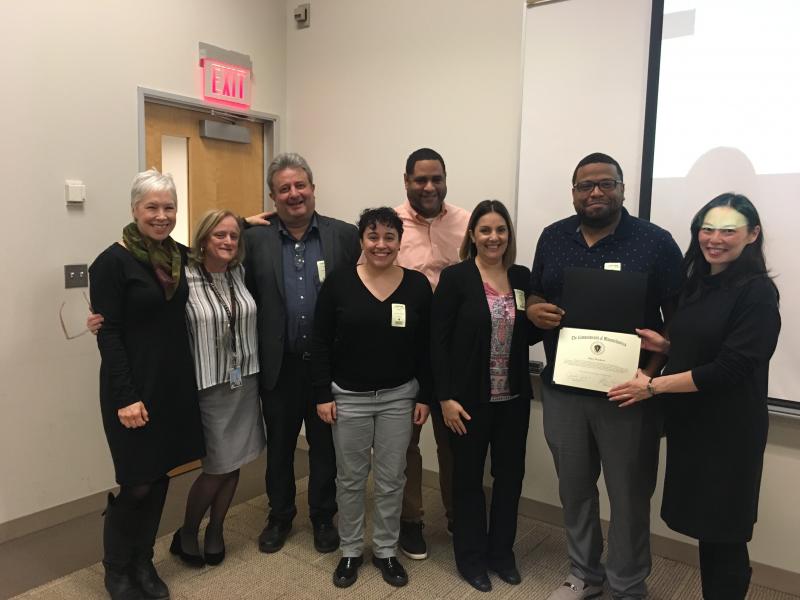 In October 2017, Way Finders was contacted by the Department of Housing and Community Development (DHCD) to take on an initiative that involved working with local Family Resource Centers to assist households who fled Puerto Rico in the aftermath of Hurricane Maria, and were in need of stable housing in our region.

The following June, six staff members formed the Way Finders Massachusetts Evacuee Transitional Assistance Reserve (METAR) housing team. Responding with urgency and compassion was of utmost importance. Many families from Puerto Rico had been living in hotels or doubled up with family members in the community, often times not knowing anything about living in new cities and towns so far away from their roots.

The initiative assisted families by providing case management and up to $8,000 per household with dependents  and $4,000 for households without dependents for rehousing. This combination of  staff support and funding was essential to assisting  evacuees to  evaluate their housing needs and work with their case managers on a re-housing plan. Many people found jobs and were able to use these funds for first, last, and a security deposit on an apartment.

In December  2018, the initiative came to a close. In six short months, Way Finders' METAR team found stable housing for 107 families and individuals with an overall average of $4,000 per household provided for rehousing. 46% of households were placed in market rate apartments and the remainder found subsidized housing. To put this recognition into perspective, this statewide program provided assistance to 240 households in just 6 months. Our team assisted 107, or 45% of that statewide total. This truly is an amazing accomplishment for a team of four in such a short amount of time. 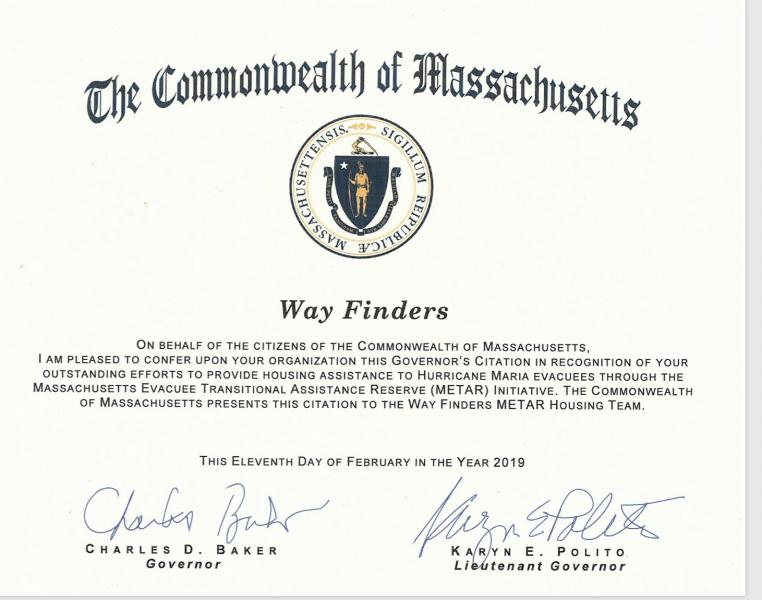 This achievement demonstrates our commitment to finding a way to help residents with whatever housing crisis they may face. The team, with support from the Housing Support Services leadership, and with support from administrative staff, found the way to house nearly all of those who were living in temporary accommodations in our region.  Without support from Way Finders, DHCD's METAR program, and other agencies and partners throughout the state, these 240 households may not have had the opportunity to get back on their feet and into stable housing.

On Monday, February 11th, the Way Finders' METAR team was recognized by DHCD and the Governor’s office for their exceptional performance rehousing Hurricane Maria evacuees. Congratulations to our team for this well-deserved honor.