That feeling of being a kid in a candy store, or waking up to a snow day from school? In adulthood, such thrilling moments can be more and more fleeting—if they strike at all. Especially when juggling jobs and bills, responsibilities and relationships. 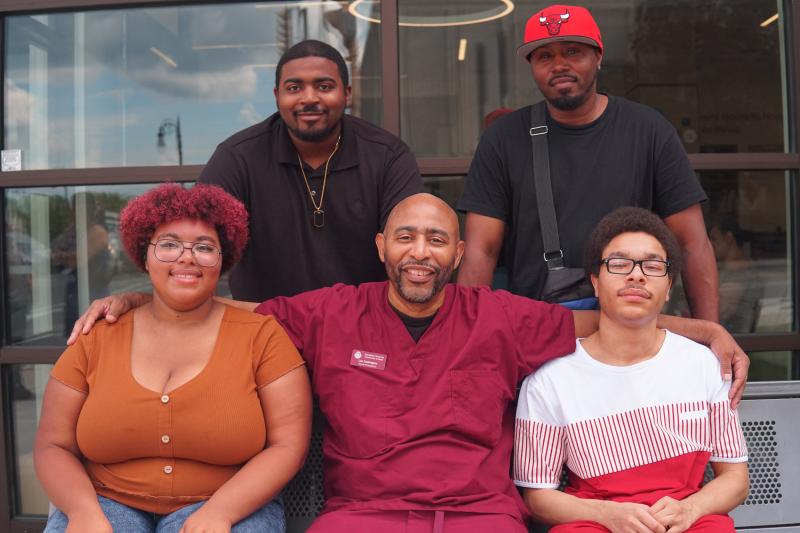 For Lee Codrington, a father of six, he experienced that rush of excitement by taking part in Springfield Technical Community College’s Sterile Processing Program. It pushed him to join a cohort of adult learners, dive into 10 weeks of coursework, and become fluent in all things infection control and patient safety. The motivation? To forge a career pathway in health care.

Lee’s January 2022 entry into the grant-funded (Workforce Competitive Trust Fund) program couldn’t have come at a better time. He was reeling from a recent job loss and the death of his brother Leonard. Lee had also recently lost his best friend Peter Slate—co-owner of Motor City Company in Agawam—along with the volunteer gig (detailing cars, transporting cars) that he’d held for 13 years.

“I was at one of the lowest points in my life, when I thought all was gone, you know, hopeless,” says Lee, who lives in Springfield with his two youngest children, Sureina and Yorel.

“This program was unexpected. It came along and was just so exciting, it was like an answer to my prayers. Mrs. Pagan assured me that I could do it, that we could make this dream a reality.”

As he fields questions about the program during our interview, nearly every reply includes an expression of gratitude to “Mrs. Pagan”—Program Specialist Sol Pagan. She pitched the program to him, which is open to participants of Way Finders’ Self-Sufficiency Program and Family Self-Sufficiency Program, and provided ongoing support and encouragement. “She played such a vital role, she was the heartbeat of this program.”

Two prior attempts at furthering his education were disrupted by changes at home, notably the need to step into the role of single parent to his two middle children—Matthew Lee and Sajean—when when they were small. (His oldest children, Sonja Lee and Leroy, were raised by their mother.) “In the most difficult times, when I didn’t have a vehicle, I’d walk them to school and the doctor’s office. Or catch a cab, rent a car. I didn’t give up. To the point when I was able to get my own vehicle and take them places.” 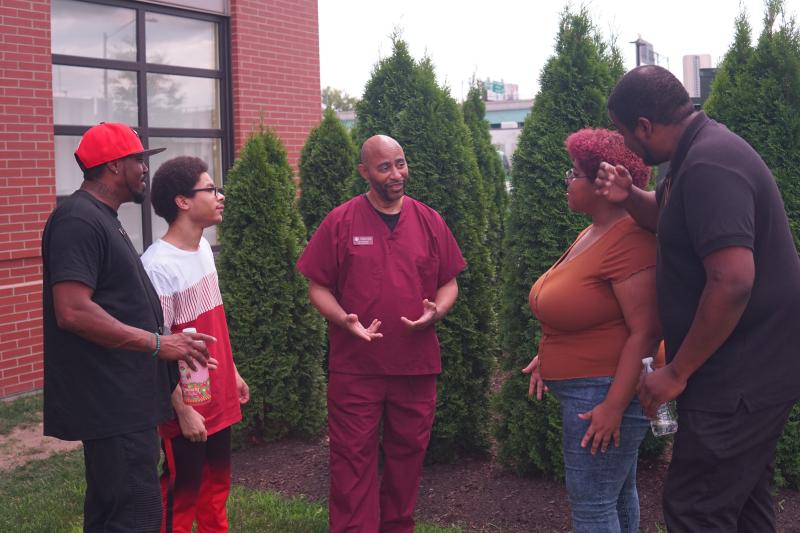 Lee, who is one of Jehovah’s Witnesses, found it challenging to go back to school to become a sterile processing technician. “Because it was all unfamiliar! But on the first five tests I got perfect scores. I was the head of the class. If there was something I was unsure about, I’d ask questions instead of being afraid of being looked down upon. Our classmates, we became a family.”

Sterile Processing Technicians are essential to most healthcare settings, and work as part of an operations team to sterilize and decontaminate equipment, instruments, and supplies. As the role is needed around the clock, it offers a variety of work schedules. Beyond covering course fees, the program also provides participants with career and advising support and a $1,000 stipend ($500 upon course completion; $500 upon completion of a certification exam). It meets three evenings a week, including once a week in the lab.

“It’s a very difficult program, especially to get into, you have to be super smart. You have to know all the technology, all the lingo,” says Sol, who has helped Lee craft his resume and cover letters and apply for local jobs.  “Lee is very impressive. He’s a go-getter!”

Looking at his framed certificate brings immediate satisfaction. “I went from having really nothing, to like, ‘Wow, this is what I’ve done!’ I’m actually going to be working in a surgical room. It’s huge to me, to know that I’m going to be taking a small part in ensuring the safety of a patient’s life,” says Lee. “None of this could have happened without Way Finders helping me out, giving me the opportunity.”

Lee’s connection to Way Finders reaches back to 1990, when he received a housing voucher and moved into a one-room efficiency in West Springfield.

“If Way Finders wasn’t in my life, I’d probably be homeless,” says Lee. “They’ve provided me with affordable housing and so much more. Now through the Self-Sufficiency Program, I have the opportunity to become a first-time homebuyer. That goal is actually visible.”

To that end, Lee has completed Way Finders’ Credit Success Workshop (“Be careful not to overspend! Wants versus needs!”). And his face lights up when he talks about the escrow account that is opened as a Self-Sufficiency Program participant’s income and share of rent increase. Upon completion of the program, participants may use the funds—$15,000 maximum—toward purchasing a home, for example. 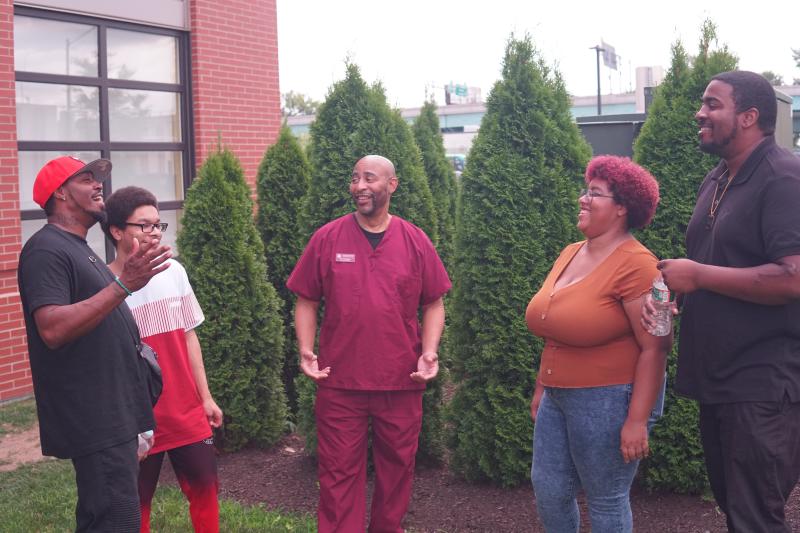 “I tell myself, ‘Lee, the dream is in front of you. Just hold on. Just endure,’” he says. “I have a very good support network, especially thanks to the program. I just knew that I was capable of something more than what I was doing. I’m proud of myself for not giving up.” He finds inspiration in Psalm 30 verse 5: “Weeping through the night but joy comes in the morning.” And is grateful to Enrique Rodriguez of the Massachusetts Rehabilitation Commission, who has helped him pursue employment and more over the past 10 years.

“Lee has accomplished so much to where he is today,” says Sol. “Success is not something we see tomorrow. It’s the little things that count. I just can’t wait until he gets the keys to that home. I want to be there when he opens up that door.”